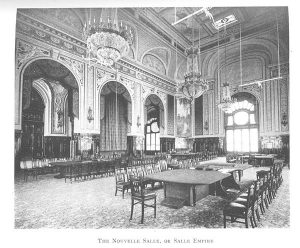 A very short news-agency telegram from Monaco reached some evening newspapers in Britain before they went to press on this day 125 years ago.

An English visitor, after playing continuously at the roulette tables here during the last four days, has just won a sum of £20,000.  [Equivalent to £2 million in today’s money].

Occupying only three or four lines, and without mentioning the ‘lucky Englishman’ by name, the bulletin probably went unnoticed by the majority of readers.  But very soon Charles Wells and his gambling success would be one of the main topics of conversation up and down Britain.