Today The Independent printed my piece about German POWs in Britain at the time of VE-Day (on pages 41, 42 and 43).  The feature includes some previously unseen snippets from Eberhard Wendler’s diary.  I’ve added some of the more thought-provoking stories about how friendships between the prisoners and the British gradually began to flourish after the war.

Seventy years ago, Eberhard Wendler wrote in his diary:

15 April 1945:  bought myself a book – Der Polarwind und die Obrigkeit (The Polar Wind and the Majesty)* from my work-party leader for 20 large cigarettes, and bought a brush from the camp shop for 3s 6d [about 17p.]  In the evening there was a raffle organised by the Red Cross, and I got a cigar.  Ordered a text-book for learning English.         [*by Norwegian writer Lars Hansen]

17 April 1945:  According to the camp newspaper, Werdau has been captured [his home town in Saxony, Germany].

Eberhard Wendler’s diary records some of the events which broke up the monotony in the POW camp where he was held prisoner during the last weeks of WW2.

8 March 1945: visited the camp dentist in the morning and walked in the afternoon.

15 March 1945: at the dentist’s again (he extracted one of my teeth, left upper).  I bought myself the book, ‘English in a few days’ – both volumes – for four shillings.

16 March 1945: had my watch cleaned for one shilling and had my two pictures framed.  [Note: many of the POWs had skills which they could barter in this way].

18 March 1945: we received our second uniform.  I got just one coat, and exchanged a pair of socks.  Since 11 March I’ve been attending English classes, Saturdays and Mondays.

Note from Robin:  the above are actual diary entries from 70 years ago, recording the events in one soldier’s life.  In Hitler’s Last Army you can read about the Big Picture, with events and decisions which affected tens of thousands of German prisoners in the UK! 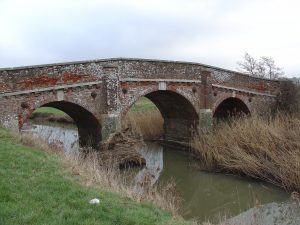 My blog post about German prisoners of war in britain during WW2 is now available on the History Press website: http://www.thehistorypress.co.uk/index.php/updates/cat/blogs/post/Hitlers-Last-Army/

Here’s a sample of the text – and on the History Press blog there are several photos from the book.

In 1945, when the war in Europe came to a close, 150,000 German prisoners were already being held behind barbed wire in POW camps in Britain. Most had arrived within the previous twelve months, following Allied gains after the D-Day invasion.

But the end of hostilities did not mean that the Germans were to be immediately sent home. On the contrary, the last ones to be repatriated would not see their own country until the end of 1948 – more than two-and-a-half years after war’s end. In fact, their numbers increased in 1946, when a further 130,000 were brought to the UK from North America, where they had been held on Britain’s behalf.*

Britain had several reasons for wishing to keep the prisoners. Most importantly, they provided an indispensable workforce – especially in agriculture. The nation had been forced to double its agricultural output during the war, and the German prisoners accounted for 25 to 50 per cent of all agricultural labour across the country. Others were employed clearing bomb-sites and helping to rebuild the nation’s shattered infrastructure.

British politicians believed that while the Germans were still in the UK they might as well be taught to reject the Nazi doctrine they had grown up with and converted into peace-loving democrats. “Re-education” – as it was called – met with some success, though it was later acknowledged to have been a hopelessly over-ambitious plan, with results that were seen as “patchy and qualified”.

A distinct shift in public attitudes towards the prisoners became apparent as time passed. Residents of Chatham, Kent, protested at first when they learned that a POW camp was to be built near their homes. But when prisoners were allowed in late 1946 to mix with the public, many of the same local families invited the Germans to their homes for Christmas.

POWs engaged in agriculture frequently lived as part of the farmer’s household: to his dying day, one former prisoner referred to the farmer and his wife as “my English parents”. And the prisoners quickly gained a reputation for being industrious and reliable: ‘We felt that working is good for you,’ one German said. ‘We met the farmers, we met English people and liked them as human beings and there were often really friendly relationships. And we didn’t want to let the farmers down so we worked hard.’

[* The final count was just over 400,000 POWs, which includes 120,000 others, not mentioned above, who arrived between the end of the war and 1946, when prisoners from the USA were shipped to Britain].

On 21 February 1945 Eberhard Wendler wrote in his diary:

‘Received a letter from Willy and Gertrud posted on 28 November 1944.  Bought myself a pair of scissors for 2 shillings’

[Evidently the postal service was still slow.  Many useful items were bought, sold, and bartered among the prisoners.  Two shillings (10 pence in decimal currency) represented a prisoner-of-war’s wages for two days of farm work.  Cigarettes were also used as currency:  four cigarettes were worth about one shilling].

Clearly little of note happened during the next three weeks or so, because Eberhard makes no entries of any consequence until mid-March.  We’ll join him again then – seventy years on!

Mail between POWs and their families went via Switzerland and wartime conditions inevitably made this a slow process.  The parcel from home on 10 February was the first communication of any kind that Eberhard had received from his family since his capture six months earlier. Finding a mouth-organ in the package left him a little puzzled, however, as his mother new very well that he did not play the instrument. But it turned out to have been an inspired gift, as he explained to me when I was researching the book:

‘I couldn’t play, but some of the others could. After lights-out it still went on. And you could hear people sobbing. Every song was about home. No marching songs. That word, Heimat, [home] is holy. You can’t translate it. It’s your homeland and your own village – it’s sacred to us. They played that mouth organ right through the night and you could hear them sobbing – all in the pitch dark. We love our home … the songs we have about home. I’ve got a satellite now and listen to German music – not news or politics, but the lovely songs.’

Eberhard Wendler was conscripted into the German army in January 1944, at the age of 17. His unit was in combat against American forces in Normandy shortly after D-day, and he was taken prisoner on 26 July. He finished up at High Garrett prisoner of war camp near Braintree, Essex, where he kept a journal about everyday life as a POW in Britain.

Now his diary entries are to be revealed here – many for the first time. They are a fascinating blend of the mundane and the extraordinary, as shown by these two consecutive entries from early 1945:

Over the coming weeks, I’ll be posting more of Eberhard’s diary entries 70 years (to the day, in many cases) after they were written, leading up to the end of the war with Germany in May 1945.

We talked about prisoner of war camps in Berkshire, and I mentioned that German POWs were at one time housed in the former winter quarters of Bertram Mills’ Circus near the race course at Ascot.  Accommodation for some prisoners was found in what had once been the elephant house!

Mike also asked about escapes: we’ve all seen movies such as The Great Escape which depicts the mass breakout of Allied POWs from a camp in Germany.  On the whole, there were relatively few escape attempts by German prisoners.  Luftwaffe pilot Franz von Werra – subject of another film, The One That Got Away – jumped from a moving train in Canada, made his way back to Germany, was decorated by Adolf Hitler himself, and flew again in combat.  (It was a short-lived return to action, as his plane crashed into the sea soon afterwards, and his remains were never found).  But as Hitler’s Last Army reveals, von Werra was not the only German to escape, or even the first …

We talked in particular about how the German POWs were gradually accepted by most members of the British public.  I’ve always felt that this says a great deal  for the Germans themselves: they are generally remembered as reliable workers who were respectful towards British civilians.  After five years of war, the Brits – understandably – had a bad opinion of Germany, and the prisoners had to make positive efforts to overturn that opinion.

The British, too, showed remarkable generosity and forgiveness.  One former POW told me how he was invited into an Englishman’s house not long after the war had ended, and was warmly received.  And the first thought to enter the prisoner’s mind was, “Why did we fight?”